If Disaster Strikes Who Are You Going to Call? 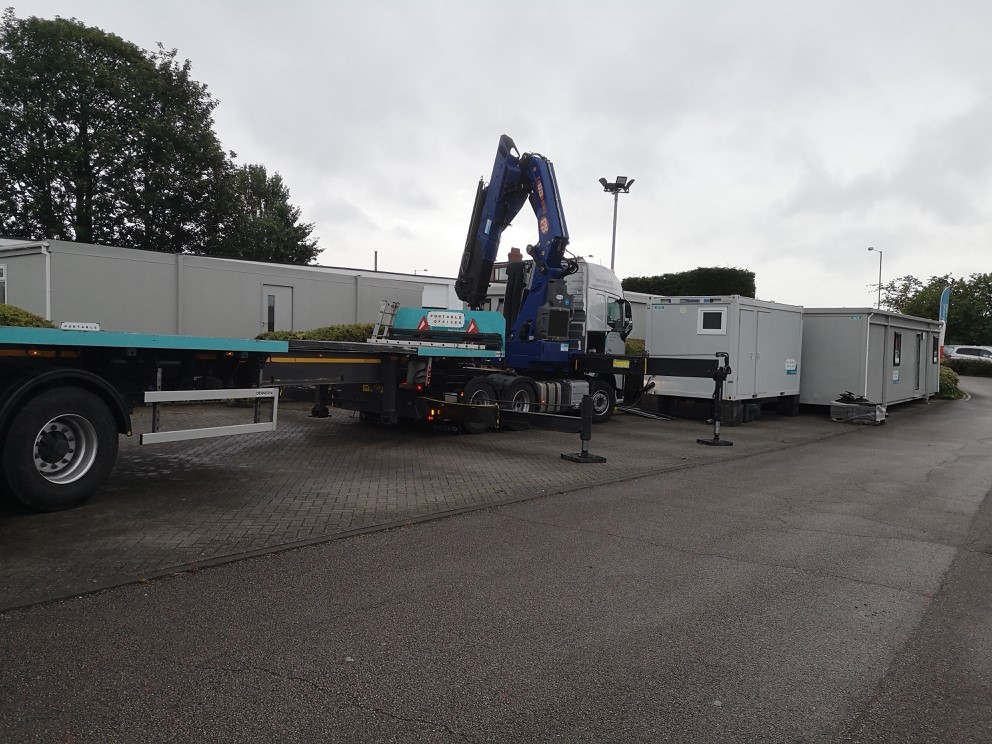 When the natural disaster of subsidence locked down Lookers in Preston, thanks to Portable Offices, they were able to evacuate the showroom and carry on business as usual.
Lookers offers a wide range of new and approved used VW cars.

However, a few weeks ago, a major subsidence issue was identified at the dealership resulting in an immediate evacuation into temporary accommodation.

The Portable Offices’ team was tasked with finding 14 units for the dealership to decamp to within 48 hours. Sandycroft Depot near Chester led the relocation challenge and managed to find everything from portable washroom and toilet facilities to offices and a temporary reception and steel containers for parts storage from other depots within the Portable Offices group.

The units were rushed to Preston from all over the country and a massive logistical challenge was undertaken which resulted in the successful establishment of an entirely new temporary dealership at Blackpool Road, Preston, meaning that business could continue despite the grim situation.

Lookers Divisional Manager, Steve Brown, said: “We were in dire need and Portable Offices responded. It was a great job and the turnaround was really impressive. I can’t thank them enough.”

Menu
This website uses cookies to improve your experience. If you continue to use this site, you agree with it.
Ok